A chance for British farming to break a vicious cycle 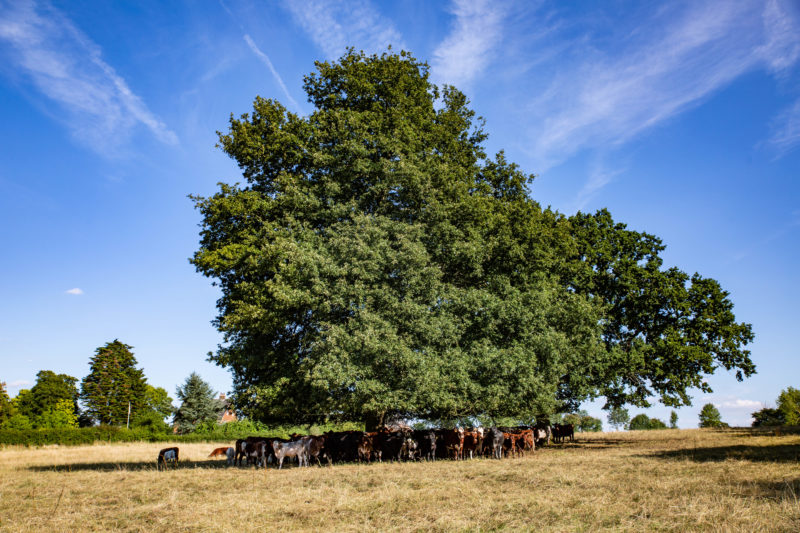 This article was first published in the Financial Times on 5th December 2020:

A chance for British farming to break a vicious cycle

British farmers are a conservative bunch on the whole. This week as the government unveiled its plans for an overhaul of agriculture policy post-Brexit, the reaction I’ve picked up from my fellow farmers has mostly been cynicism and confusion.

It is hard to blame them: farming is in a poor way. We’ve had some great years with generous EU subsidies and artificial aids such as fertiliser and chemical sprays enabling us to grow more and more. But now the wheels are coming off as our yields plateau while costs escalate. Brexit brings more uncertainty.

The headline grabber of the week has been the reform of the agricultural subsidy system. The existing “basic payment scheme”, which will be phased out from next year under a “roadmap” outlined by George Eustice, the environment secretary, rewards farmers for merely owning or occupying land — often benefiting the richest landowners most. It is both politically unacceptable and embarrassing to receive. Unfortunately, at present, our businesses rely on these handouts. But no-one is happy — neither tax-payer, nor farmer.

I’ve been farming in Hertfordshire with my brother for 40-odd years and in that time I’ve seen how subsidies distort everything. Arable farmers have found themselves locked in a race to the bottom, trying to produce more and more wheat, knowing that they’ll get the BPS payment around Christmas time (ours arrived on Tuesday, thank you very much taxpayers) if things go wrong.

The trouble with this is that the price of wheat is much the same as when we started farming in the 1980s, whereas total input costs — diesel, ploughshares, fertiliser, sprays, machinery and labour — have shot up. Yields are a bit higher, but not enough to keep the margin remotely generous. Many livestock farmers are similarly trapped in a high-input/high-output/low-return system.

There is also talk in the new plan of a “sustainable farming incentive” to support the kind of husbandry that protects the environment. But there’s no point sustaining something as severely degraded as our current food system. The document says it wants to transform the way it supports British farmers by helping them “produce healthy food profitably without subsidy”, while also “taking steps to improve the environment, improve animal health and welfare and reduce carbon emissions”.

On our farm’s 1,000 hectares of land, we have adopted a regenerative approach that focuses on improving our soil rather than chasing yields. We have found this process so exciting that we started an annual conference to promote as many aspects of regenerative agriculture as we can.

In the UK, there’s a fundamental lack of understanding about how important the soil under our feet is — and not just as a resource for farmers. Healthy soil is vital to our life on this planet. It is a wonderful ecosystem of countless microscopic creatures in a complex food web, from bacteria and fungi to the beetles, bugs and earthworms. And it has a huge role to play in preventing climate change, acting as a trap and sink for carbon dioxide from the atmosphere at no cost to the government.

It is also surprisingly easy to achieve, as regenerative farmers are discovering, and it could be widely adopted in the UK with a bit of political will and education. Supporting soil health seems an easy win. Why not pay farmers for the carbon they sequester in their soil?

Healthy soil will absorb all but the heaviest downpours of rain, which can prevent floods and store water to keep plants growing through droughts. And crucially, it also enables farmers to grow nutrient-dense food with a minimum of artificial inputs. Ploughing and spraying the land with chemical fertilisers is not just expensive, it releases CO2 back into the atmosphere. Everyone loses.

It’s possible for farmers to break this damaging cycle and farm in such a way that we make nearly everyone better off: the consumer, the tax-payer and the famers themselves.

And while the political will has wavered, it is by no means a lost cause. This week’s report has encouraging elements, such as the emphasis on finding ways to encourage innovators to take risks, by offering a way out for old-timers who might prefer to back out now rather than changing their practices.

There was a fierce debate within the farming community about how we would be treated after we left the EU. Remainers told Leavers that they were turkeys voting for Christmas. It’s an apt analogy: without Christmas there would hardly be any turkeys and without help from government, there soon won’t be many farmers left.

There is a really exciting future in farming with rather than against nature — but first we need to let go of our fear of losing government handouts and refocus on building up the capital beneath our feet.