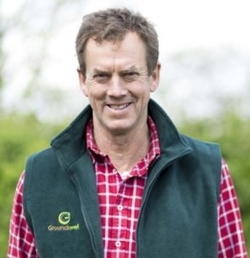 Paul has been farming at Weston Park Farms for 35 years with his brother John. The farm started on a plough based system, but quickly moved to max-till, discing and pressing, but were aware that the heavy clay from which the farm comprises was getting more difficult to work. The window of opportunity when conditions were perfect seemed to be fewer and fewer. It was during a heavy autumn shower when they watched a neighbour’s ploughed field gradually forming rivers then gullies as the topsoil moved down the hill, while their side of the valley, still in stubble stayed put that they realised it was time to do something. 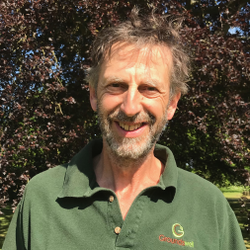 John farms the Groundswell host farm with his brother Paul. His initial enthusiasm for no-till farming stemmed from laziness and an urge to avoid bouncing around on tractor seats, but the further the brothers advanced down the road of continuous no-till, the more obsessed John became about the various soils on the 2500 acres that they farm and how they should be looked after. The Groundswell show came about because he had too many questions that no-one had satisfactory answers for and the easiest thing seemed to be to gather all the experts in one place and see what happened. The result exceeded all expectations…