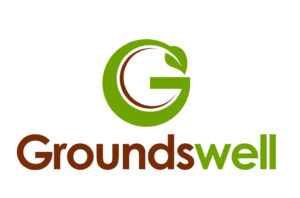 Regenerative agriculture can achieve similar financial results to traditional arable systems and benchmarking your business can help to manage the change.

Farming is embarking on a period of change that most of the current generation of farmers have not experienced. Moving from the comfort of area payments which on average make up around 84% of income on arable farms in the Land Family Business (LFB) annual benchmark, to having to apply for specific funding for providing natural capital.

This will inevitably put farming business in financial strain as there will be a funding gap over the forthcoming few years.

Farming has become very capital intensive. The economic production value of arable land is in the region of £4,000 per acre and the additional £4,000 to £6,000 has no bearing on the production capacity. Added to this is the increase in the capital cost of machinery over the past few years to over £300 per acre.

“Change is inevitable – but managing the change is where the difficulty comes. ”.

Many farmers have quite correctly attempted to expand as a means of dealing with these pressures however expanding acres has normally meant tendering for contract farming agreements and on average a loss of between £40 to £60 per acre is made on the additional land.

All of this results in arable farming, producing commodity crops, not being a viable business. The margin from arable farming before BPS and income from other enterprises has been (£2) per acre over the past 2 years in the LFB benchmarking survey.

Change is inevitable – but managing the change is where the difficulty comes. One of the best tools to monitor the change and provide achievable targets is to benchmark against farming businesses that have already made these changes.

Some of the key findings for the regenerative systems are:

This results in an average margin very similar for both systems of production. However the range of results within the Group is wide with the top performers achieving results well above conventional top 25% group.

In addition to margins there are savings in working capital of around £148 per acre which can have a large impact on a farming business.

The main driver of lack of profitability in arable farms are the machinery costs and in particular depreciation which represents the capital per acre.

We have therefore developed a key indicator of machinery capital per tonne:

The difference has been around £20 to £30 per tonne over the past 4 harvests.

So, what does all this mean?

Firstly current traditional ‘yield is king’ philosophy does not work.

Thirdly benchmarking data from 4 harvests proves that there is a different approach that is economically viable.

Gary will be running through the benchmarking figures at the Groundswell Show on 23rd and 24th June. Get your tickets here.