Regenerative Agriculture: Key Pathway to Transforming Earth and Human Health in the Anthropocene 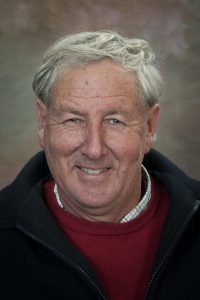 Regenerative agriculture implies more than just sustaining something but rather an active rebuilding or regeneration of existing systems towards health. It also implies an open-ended process of ongoing improvement and positive transformation. This can encompass the rebuilding or regeneration of soil itself, and of biodiversity more widely; the reduction of toxins and pollutants; the recharging of aquifers; the production of healthier food, clean water and air; the replacement of external inputs; and the enhancement of human health, social capital and ecological knowledge.
But we are also talking big picture here: of both saving our planet and turning around human ill-health. There is overwhelming evidence to show that our planet has moved into a new geological epoch following the last twelve thousand years of the Holocene. The latter epoch was that ideal climatic time when humans developed agriculture and from this modern urban civilisation. Unfortunately, with our modern industrial capitalism and the economic credo of economic rationalism (i.e. endless growth and greed), human activity has now unequivocally destabilized the 9 Earth systems that maintain ideal living conditions for humanity and other life on our planet.

As historian John McNeill put it, ‘humankind has begun to play dice with the planet, without knowing all the rules of the game’. That is, our behaviour has now tipped us into the Anthropocene epoch: a new, dangerous, human-caused, disruptive geological epoch. Damningly, industrial agriculture has proven the major player in destabilizing the six key Earth systems of Climate change, biodiversity loss, land systems change, destruction of our water systems, and disruption of the interrelated nitrogen and phosphorous cycles.
However, because these Earth systems are self-organizing, it is not too late to transform the Earth. All we need do is change the way we think about farming and the Earth we inhabit and, in turn, how we grow food and fibre. In my book Call of the Reed-Warbler: A New Agriculture – A New Earth, I explore regenerative agriculture and the vital connection between our soil and our health. It is a story of how a grassroots revolution – a true underground insurgency – can save the planet, help turn climate change around, and build healthy people and healthy communities. A key for this is our relationship with growing and consuming food. 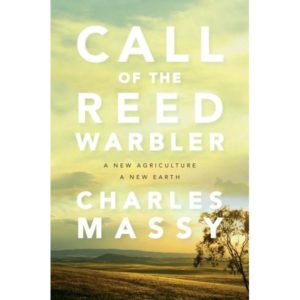 In my book, in addition to recounting my early mistakes as an industrial farmer, I tell the real story behind industrial agriculture and the global profit-obsessed corporations driving it. But more importantly I show – through evocative stories – how innovative farmers are finding a new regenerative and transforming way to farm.
However, the key point is that at stake is not only a revolution in human health and our communities but the very survival of the planet. Regenerative agriculture hinges around regenerating the five key landscape functions. These comprise: the solar cycle, the water cycle, the soil-mineral cycle, biodiversity, and finally, the key but overlooked factor of the human-social: the world-views or paradigms we bring to our farming and living. To illustrate these, I build much of the core of my book around stories of extraordinary regenerative farmers who primarily set out to regenerate their most degraded landscape function, but which in turn they found positively impacted the other four – given that all landscape functions are indivisibly connected.

Concerning destabilization of the Earth’s governing systems, evidence is now mounting that the best approach to address climate destabilization and the other threatened Earth systems is regenerative agriculture and its capacity to massively drawdown CO2. Now, Agriculture, in occupying thirty-eight per cent of the Earth’s terrestrial surface, is both the largest user of land on the planet and humankind’s largest engineered ecosystem. But the problem is that traditional industrial agriculture – through practices such as land clearing and burning vegetation, using lots of fossil fuels (in fertilisers and chemicals, and to power farm machinery), overgrazing, ploughing and fallowing – emits, rather than stores, carbon. In particular, excessive carbon dioxide in the atmosphere (largely due to the release of long-stored carbon through burning fossil fuels) is, we now know, one of the key causes of the greenhouse effect.

However, because it is based on plants, which take carbon out of the atmosphere to make and store sugar through photosynthesis (and because these plants have roots growing in the ground), a regenerative agriculture (i.e. one with biologically active and healthy soils) has the potential to bury huge amounts of carbon for long periods. Moreover, when a healthy agriculture puts more long-lasting carbon into the soil while minimising the loss of such carbon, this in turn has a major impact on the water cycle and its crucial role in thermoregulation (i.e. climate control) of our planet.

At the same time, such a new ecologically-based agriculture is also proving the best way to address the mounting and massive escalation in modern human diseases. That is, the trashing of landscapes and life-supporting systems is not the only negative impact of modern industrial agriculture. Another is the way it produces food and then how it processes, distributes, markets and sells it. At the same time as we are degrading the air we breathe, we are also denaturing the food we eat and water we drink and lacing them with a witch’s brew of deadly poisons – such as the world’s most widely used herbicide of Glyphosate (a variant being Roundup). This in turn is leading to a near exponential increase in modern chronic diseases

What makes these impacts so deadly is that we are genetically hard-wired to live off our natural environment. This includes eating food that is free of man-made chemicals but also full of a large range of nutrients and micro-nutrients. However, while we can’t change this genetic wiring, we can change our landscapes, and thus the food and water that they supply. This is the remarkable story I conclude with in my book: that by shifting away from modern, chemically based industrial agriculture to one that regenerates Mother Earth and its systems and which delivers food chock-full of nutrients from healthy soils and landscapes, then we not only can regenerate human health but can also address the Anthropocene boundary crossings at the same time.

This is therefore cause for a galvanization of hope. The remarkable efforts of regenerative farmers in Australia and elsewhere revels that such people are at the forefront of an underground agricultural insurgency. In their Earth-sympathetic thinking, and in their connections to like-minded urban sisters and brothers (who are equally passionate about healthy food, human and societal health, and about the Earth and its natural systems), they are part of a powerful vanguard that is rapidly gathering momentum across the world. This movement is returning humans and societies to the state of health that our evolutionary history has designed us for while turning around our destruction of Mother Earth and human societies.

Charles will be speaking on both days of Groundswell and will be signing his book on Thursday 27th in the Bookshop in the Old Dairy.