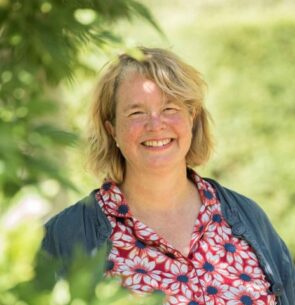 Beccy is a passionate conservationist and CEO of the Royal Society for the Protection of Birds, Europe’s largest nature conservation charity. Speight started her career working in local government in Scotland and then with the management consultants Smythe Dorward Lambert. Since 2000 she has worked in the conservation charity sector. She began working for the National Trust in 2000 and in 2005 became director for the East Midlands and Midlands regions. She was responsible for the development of the Trust’s sustainable food policy and also installation of contemporary art. She moved to be Chief Executive at the Woodland Trust in 2014 and led expansion of the woodland creation charity and also a review of its priorities.

With a membership of more than 1.1 million, the RSPB manage 222 nature reserves in the UK covering an area of over 158,751 hectares, including large areas of upland and lowland farmland, providing a home to over 18,500 species.