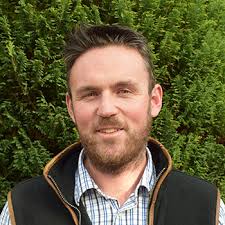 Having grown up on a farm I realised from an early age that I was destined to work in agriculture. SAC offered a Degree course which seemed to fit with me quite well, after Graduating with an honours degree in 2006 I took a year out in Australia and new Zealand. On my returning from traveling I joined Scottish Agronomy to further my crop knowledge. After nearly 2 years there I returned to Easter Rhynd Farm as Assistant farm manager to David Hay. Immersed in a large scale farming operation with many enterprises and different farming agreements it was here that the basis of my knowledge and experience was formed.
In 2010 I moved to Haddington taking on a post as Farm Manager for a contract farming operation where I was to stay for a further 8 years. It was during this time that my personal development was taken to the next level, After studying Basis and Facts the Rural leadership program was on the radar. In 2015 I took the plunge and joined the course meeting so many likeminded people who were looking for a bit of direction.
Fast forward to now, I took a position with AHDB to further my development within the cereals and oilseeds sector. With a brief return to New Zealand on the lucrative BASF real results tour this provided me with a massive injection of enthusiasm and alternative knowledge
With two boys at home and Wife Clare it makes for a busy yet rewarding lifestyle