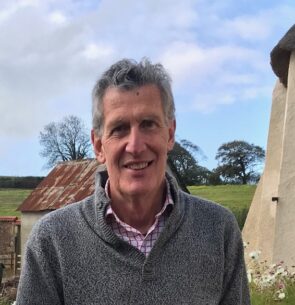 David Fursdon was educated at St John’s College, Oxford and at the RAU Cirencester, where he is now an honorary Fellow. Previously he worked in the MOD after serving with the Gurkha Rifles. He subsequently qualified as a rural Chartered Surveyor.

In 2017 he became a Food, Farming and Countryside Commissioner and in 2021 became Chairman of the Institute for Agriculture and Horticulture (TIAH). He has run his own small Estate in Devon since 1979 (farming it for much of that time) and a consultancy business.