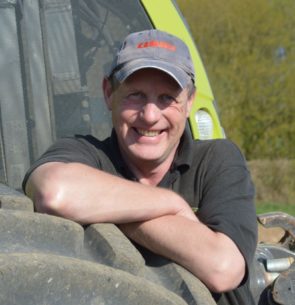 I grew up in Essex and left school in 1975 at the age of 16. I worked on the same farm with my Father and completed a City and Guilds day release course at Writtle College. I then moved up to a foreman’s job on a neighbouring farm. In 1998 I moved to Hampshire to take a Manager’s post which then evolved into the joint venture of Wheatsheaf Farming Company in 2002. In 2004 I was awarded a Nuffield Farming Scholarship and travelled to Australia, New Zealand, Sweden and Hungary studying labour recruitment, training and retention.

I am BASIS and FACTS qualified

In 2010, after 35 years of chemical dominated crop production, soil and biology has become the centre of our attention with solutions being sought from places other than just bags and cans.