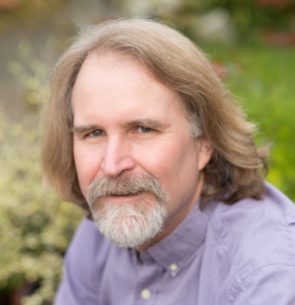 David R. Montgomery is a MacArthur Fellow and professor of geomorphology at the University of Washington.  He is an internationally recognised geologist who studies the effects of geological processes on ecological systems and human societies.  His work has been featured in documentary films, network and cable news, and on a wide variety of TV and radio programs, including NOVA, PBS NewsHour, Fox and Friends, and All Things Considered.

David is also the author of several popular books including Dirt: The Erosion of Civilizations and The Hidden Half of Nature: The Microbial Roots of Life and Health which he co-authored with his wife and biologist, Anne Biklé.  His most recent book is Growing a Revolution: Bringing Our Soil Back to Life.

David and Anne are currently working on a new book project about the connections between soil health and human health.