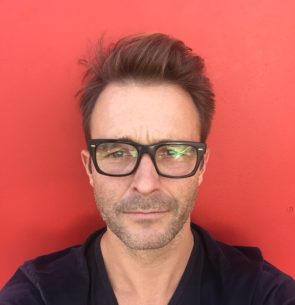 Glen Burrows is the cofounder of The Ethical Butcher and a former vegetarian of 25 years. He formed the company with meat trader Farshad Kazemian with the intention of bringing a new level of traceability and transparency to the meat industry. Glen’s career before founding the business was in photography / film and advertising, he brings this skillset to the brand and in just over a year of trading The Ethical Butcher has proven to be an industry disruptor as it champions the farmers which supply the business and tells their stories of regenerative agriculture getting this important message to the public. .Since its inception the brand has challenged all aspects of meat production and found itself a target for vegan activists for its claims of regeneration.

Back in January 2020 Glen coined the term Regenuary to challenge the movement of Veganuary which encourages a month of veganism, instead of avoiding animal foods regenuary asks people to look at sourcing as much as possible from regenerative agriculture for a month.