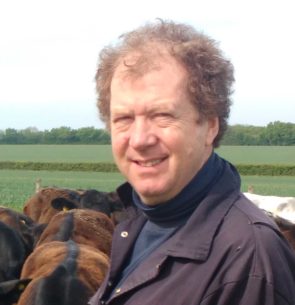 Humphrey left school at 16 to work on a farm. After Agricultural College, he pursued a career outside farming before buying a smallholding in Norfolk. He moved to Steeple Bumpstead, Essex in 2006 and began a joint venture with a local contractor while continuing with the livestock side of things which he had started in Norfolk. In 2012 they took the arable in hand, bought a direct drill and stopped cultivating completely in 2013. They started mob grazing in 2017. This year they are growing rape, wheat and spring oats after a bias towards spring crops over the last few years. The farm is about 150 hectares.