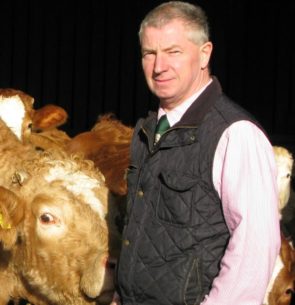 Ian Davis breeds suckler cattle on his small Hertfordshire farm. He studied at Harper Adams in the 1980’s then returned to the family farm. He joined the National Rivers Authority in 1991 when BSE hit the income of the farm. He managed river maintenance and flood incident response across North London, Herts and Essex. He was transferred into the Environment Agency where he contributed to several national R&D projects and was the flood risk lead for the 2012 London Olympic park.

He resumed full-time farming in 2015 and has become focussed on reducing the environmental impact of Agriculture. He has completed the Savory Holistic Management training and operates Holistic Planned Grazing. He is a chartered member of the Chartered Institute of Water and Environment Management where he sits on the Natural Capital Panel. He is also a member of the Middle Lee Catchment Partnership, the Central Herts Green Corridor Group and is a trustee of Celtic Harmony, an outdoor educational charity.