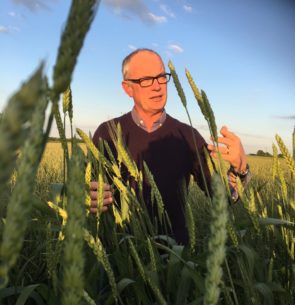 John Pawsey converted his farm at Shimpling to organic production in 1999 for business reasons as well as concerns about soil health and decline in farmland wildlife species. John Has managed to halt and in some cases reverse wildlife decline, improve soil health and keep the farm profitable since that initial conversion. Since then John has increased his organically farmed area from 650 hectares to 1,760 delivering similar results to neighbouring farmers.