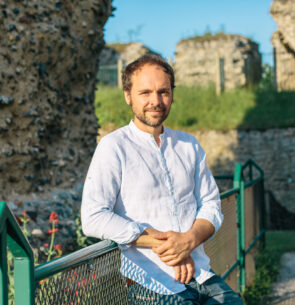 Jonny Crickmore, alongside his wife Dulcie began their cheese making journey back in 2013 after success in direct raw milk sales and introducing the milk vending machine concept into the UK. With a mission to make the UK’s first raw milk brie style cheese with the inspiration from the famous Brie de Meaux cheese from France they went out to make Baron Bigod a cheese which went on to challenge the best of the French. Over the last 9 years Jonny has helped build up the business alongside working towards his goal of making the farm carbon negative over the coming years. He also is one of the founders and Chair of the Raw Milk Producers Association as well as vice Chair for the Specialist Cheesemakers Association.