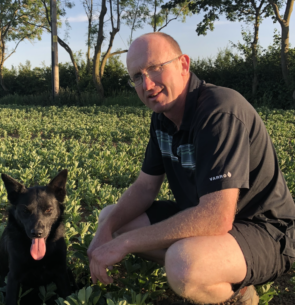 I am an arable/rotational pasture farmer and an agronomist from Warwickshire. I began working as an independent agronomist in 1996 with ADAS, NIABTAG and the AICC. I joined Agrii as a distributor agronomist in 2015. My experience in both the independent and distribution sectors has led me to consider the future role of agronomists. It is clear that the role of most agronomists has been defined by the management of pesticide use and in recent years it has also become clear that reliance on pesticide use will and should reduce. Logically, these factors will and should change the relationship arable farmers have with agronomists. A Nuffield Scholarship, where I looked at agronomy models and their impact on pesticide stewardship in 2018 and ongoing Post Graduate Studies in Sustainable Food production at IBERS have helped me to develop some ideas on how things should change.