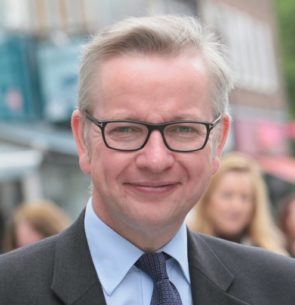 In 2017 Gove was promoted to Environment Secretary by the Prime Minister. Since then he has brought forward a new bill before parliament, mandating, for the first time, measures and targets to preserve and improve the health of the UK’s soils, amid growing concern that we are sleepwalking into a crisis of soil fertility that could destroy our ability to feed ourselves. Gove has suggested that, after Britain leaves the EU’s common agricultural policy, maintaining healthy soils will be one of the “public goods” that farmers are expected to provide in return for taxpayer subsidies.