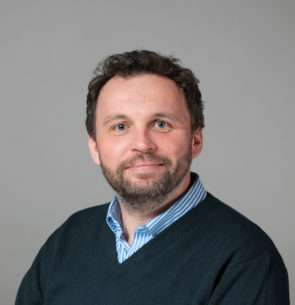 Professor Michael R F Lee, Ruminant Nutritionist and Livestock Systems specialist, graduated with first class honours in Animal Science from University of Wales, Aberystwyth in 1997 and gained a PhD in ruminant nutrition (protein and energy metabolism) from the University of Aberdeen in 2001 followed by Post graduate certificate for teaching in higher education from Aberystwyth University in 2012.

He worked for the Institute of Grassland and Environmental Research from 2001-2008 (with his first post-doc on ruminal lipid metabolism), before the merger with Aberystwyth University where he stayed as a Principle Scientist and Senior Lecturer in animal nutrition and rumen biochemistry until moving to the University of Bristol, School of Veterinary Science (Bristol Veterinary School) in 2013 as a Reader in Sustainable Livestock Systems.

In 2015 he took a joint appointment between Rothamsted Research and the University of Bristol as Head of Site at North Wyke and was promoted to Chair in Sustainable Livestock Systems later that same year. His Research focuses on the sustainability of livestock as a part of food security globally ‘livestock’s role for healthy humans and a healthy planet’.

He has published over 250 research articles and papers including recent articles in Nature and Science. He was awarded the Sir John Hammond Memorial Prize in 2015 for services to Animal Science and has represented the British Society of Animal Science on Presidents Council 2011-2016.

In April 2018 he was elected as Vice President of the British Society of Animal Science and will also take on the Presidency in April 2020.