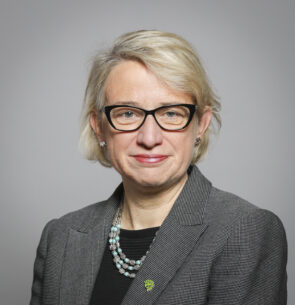 Baroness Natalie Bennett, became the second Green Party peer in October 2019, after being party leader from 2012-16. Having studied agricultural science in her native Australia, she spent two decades working as a journalist, finishing as editor of the Guardian Weekly. Her maiden speech contains the first record of tardigrades in Hansard, and she (briefly) got “soil” listed as a priority with air and water in the Environment Bill. She focuses often on the need to transform food systems, particularly tackling the power of the supermarkets, and building food security through local production, especially of vegetables and fruit.