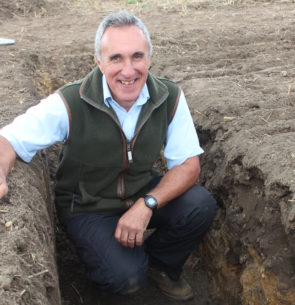 Philip Wright trained at Silsoe in the late 1970’s as an Agricultural Engineer. He became Technical Director of Simba where he worked for 28 years before becoming an independent advisor to the Industry on soils and cultivations in 2007.

Philip’s company, Wright Resolutions Limited, provides advice covering subjects such as soils and cultivations, reduced and zero tillage, systems and machinery selection and setting, together with training for Farmers, Operators, Agronomists and Students.

The Client base includes bodies such as the Environment Agency, Catchment Sensitive Farming, and the AHDB, together with Machinery Manufacturers both within and outside the Agricultural Industry in the UK, Western Europe, Russia, Ukraine and the Southern Hemisphere. Philip also lectures on the BASIS Soil and Water Management Courses run by Lincoln University.