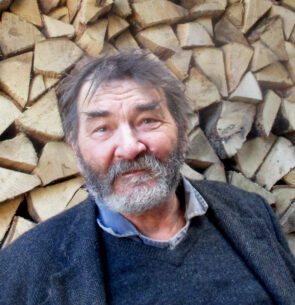 Simon Fairlie worked for twenty years variously as an agricultural labourer, vine worker, shepherd, fisherman, builder and stonemason before being ensnared by the computer in 1990. He was a coeditor of The Ecologist magazine for four years until he joined a farming community in 1994 where he managed the cows, pigs and a working horse. He now runs a micro dairy at Monkton Wyld Court, a charity and cooperative in rural Dorset.

Simon is a founding editor of The Land magazine, and he earns a living by selling scythes. He is the author of the new book Going to Seed: A Counterculture Memoir (2022) as well as Meat: A Benign Extravagance (2010) and Low Impact Development: Planning and People in a Sustainable Countryside (1996).