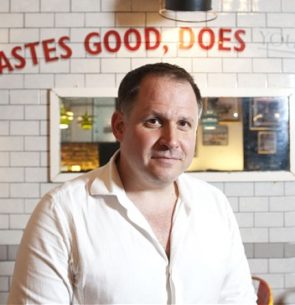 Henry worked as a management consultant before co-founding Leon restaurants (with John Vincent), the Sustainable Restaurants Association in 2009, the charity Chefs in Schools, and London Union, which controlled some of London’s biggest street food markets.

In 2013, Dimbleby and Vincent co-authored the government-commissioned School Food Plan, which set out to transform what children eat in schools and how they learn about food. This lead, among other things to the introduction of Free School Meals for all infants and cooking becoming compulsory on the curriculum for all children up to the age of 14.

He was appointed lead non-executive board member of the Department for Environment, Food and Rural Affairs in March 2018 and published the National Food Strategy (again commissioned by government) in 2021.